Matthew Crawley was kind enough to provide us with pictures of his custom cold box intake.
For more info email him at: 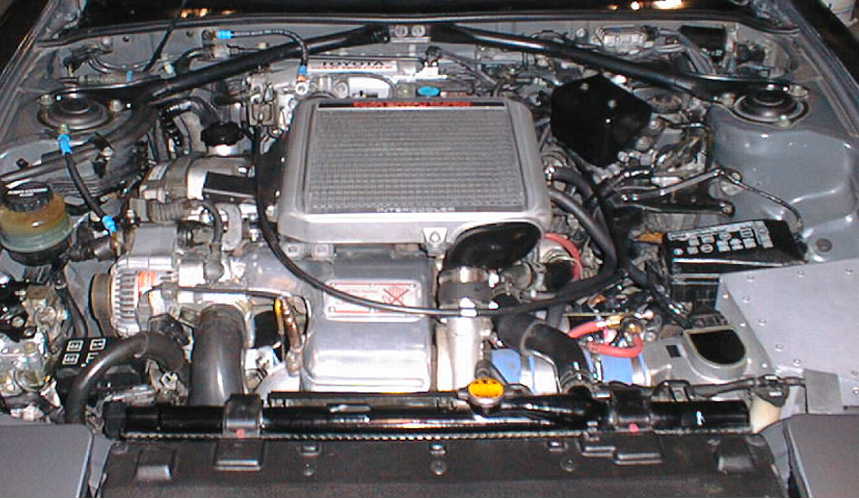 The objective of these mods was to provide a short and straight air intake for the turbo. There were a few things in my U.S. Spec ST185 engine bay that had to be moved/removed to do this. The battery and fusebox were relocated, the fuel injector resistor packs were moved a little, the AFM wires were extended and part of the wiring harness was unwrapped/removed. I chose to move my battery to the trunk but a small battery might still be made to fit in the engine bay. 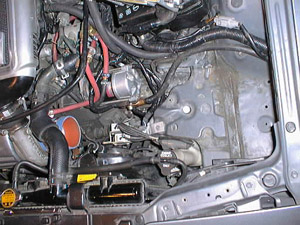 Here the stock airbox, intake piping and battery have been removed. The fuel injector resistor packs are located just in front of the cooling fan. I bent up a mounting braket that moved them down a few inches to make room for the intake pipe. 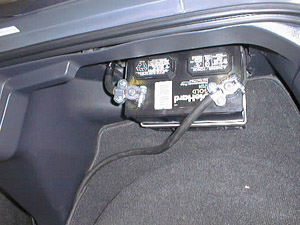 The battery in the trunk. I cut up the interior panel so I could recess the battery into it. This is were the jack is usually stored in the ST185. There are all sorts of places behind the panel to drill/mount the battery and ground wire. I bent some of the metal behind the panel so the battery slides up under it very snugly. Then I bent the aluminum hold down from a peice of aluminum using a hammer and a vise. The negative cable is VERY short and bolts to the frame dirctly behind the trim panel. The positive cable goes under the rear seats, under the carpet, under the driver's seat and then out from under the carpet by the footrest. This required removing the rear seats and a lot of trim panels... 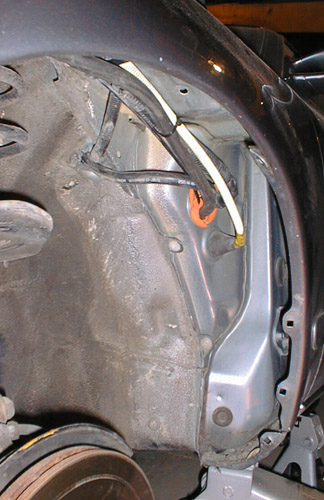 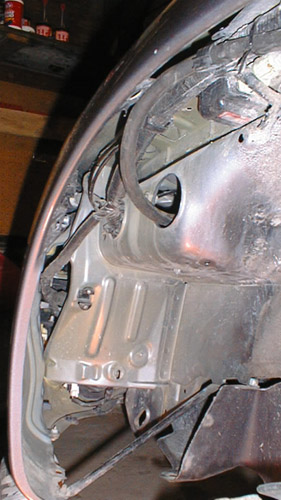 LEFT:
This is how I got the positive battery cable out of the interior. There is a big orange rubber grommet behind the plastic fender lining that I cut a little bigger and pushed the cable through. The positive battery cable is the smooth black cable that goes over the wheel well. The other smooth black hose (with white lettering), that goes into a hole in the fenderwell is fuel line that supplys vacumm/boost for my boost gauge.


RIGHT:
This is the positive battery cable going into the engine bay. This hole is left when you remove all of the stock airbox and ducting. There was a big resonator airbox in the fender that I removed. 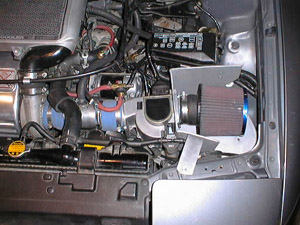 This is the installed intake. The pipe from the turbo to AFM is 3" exhaust pipe with a 1/2 tube welded to it for the idle control hose. You MUST have this tube on your intake or the car won't idle. The stock AFM wires are not long enough to reach here so I soldered in a few extra inches of wire. The fusebox is riveted to the side of the airbox. I riveted some strips of right angle aluminum inside the airbox after I took this picture so that I could rivet the top of the box on. 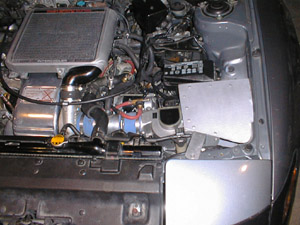 I made the airbox/AFM mount out of 1/8"
masonite that I fiberglassed. It is designed to
receive air from the headlight(this is were the
stock airbox got it's air). This is not a completely sealed design but it still works very well. I think my next step is to use some heat resistant insulation and seal it better.